Carousel of Power, 2009- 2011: continues my research into the relationship between power striving and gender roles, focusing upon the glorification of the male hero as he dominates the ‘other’.  In France I was struck by the omnipresence of equestrian statues with raging stallions and magnificent antique carousels all sharing the public spaces of the cities.  Sculpted males were dominating raging horses as if mastering the horse stood as a symbol for the man’s right to dominate others.  This ‘other’ could be men over women, a ruler over the people, or a conqueror over another race.  I interpret from the point of view of a woman of the 21st century and in my works the horse, this symbol of the dominated, is called upon to rise up. 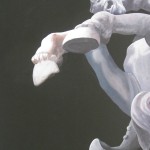 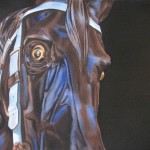 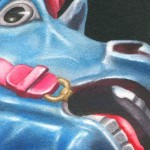 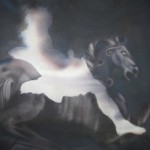 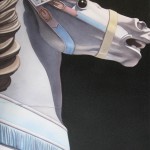 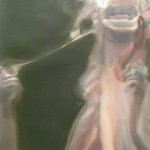 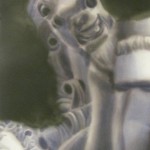 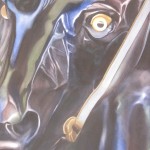 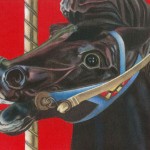